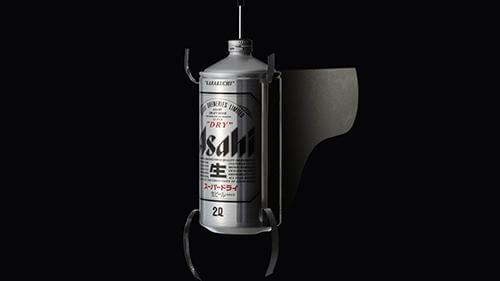 This is where it all began: the first instrument invented by Jean-François Laporte! Its principle is simple: an aluminum beer can, split in two places, that you spin above your head to make it sing. “Okay,” you might say, “then what?” Indeed, how does one turn a good idea, a flash, into a career springboard?

By developing that idea. By investing a lot of time in finding the best performing material, the can that will offer the best results, the widest sound palette. Laporte’s choice fell on the 1.5-litre size from Kirin, a Japanese beer. This oversized can opens up a universe of otherwise inaccessible harmonics. Unfortunately, this particular can has since disappeared from the market, but Budweiser’s 950 ml size, easily available in Canada, also gives excellent results.

Two rectangular slots are cut in the aluminum to allow air to enter, and the tabs thus created are curved on themselves to form fins which will vibrate to the rhythm of the spins. To keep these tabs aligned in the axis of rotation, Laporte added a “dorsal” fin worthy of a shark or the tail of a piano. All that is left to do is to attach a rope to a ring installed in the can’s cap and spin the instrument above your head; the air rushing through the can distorts the slots, producing varying tones and a multitude of harmonics. The resulting song is astounding. It ranges from soft whistles to metallic roars, passing through a whole range of wonderful harmonious vocalizations.

So now we have a promising new instrument. What’s next? Playing it. And playing this device requires total concentration, an almost meditative state of mind, since the performer must remain attuned to the slightest inflection in the sound in order to find—and maintain!—the perfect speed of rotation for the type of sound sought. That is how Laporte came to create “Rituel” for Flying Can. Here, virtuosity is manifesting itself through calm, respect for a ritual-like technique, and a desire to become one with the instrument. “Rituel” for Flying Can is almost always included in Jean-François Laporte’s tours, as this piece never ceases to amaze audiences. Other composers have written for the FlyingCan, notably André Hamel (“L’Heure suspendue”) and Patrick Saint-Denis (“Howl Touch”*).

The FlyingCan can also be used in sound installations. In this situation, its rotation is driven by a computer-controlled motor. In “Kyokkoufu,” six FlyingCans thus spin while casting lights around them. And let’s not forget “Orbites,” which features two whirling FlyingCans hanging from the ceiling.

Uniquely original and extremely rich, the FlyingCan has become a classic in Jean-François Laporte’s creative universe. Expect other works and new uses for it over time. And be sure the results will be astonishing. 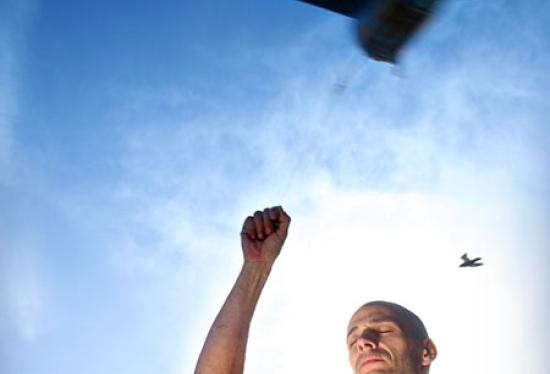 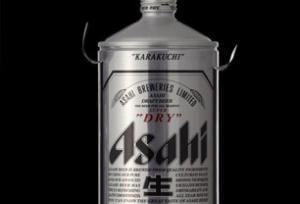 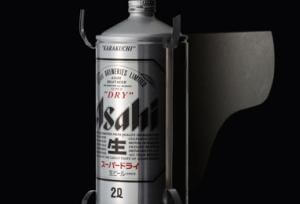 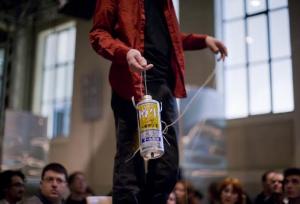 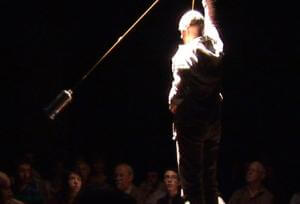 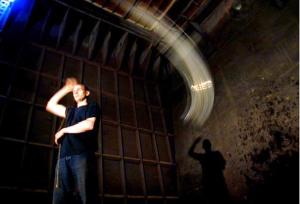 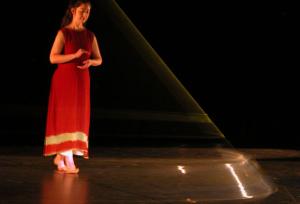 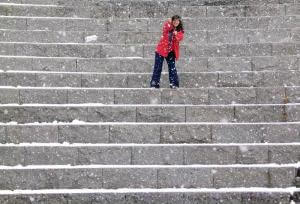