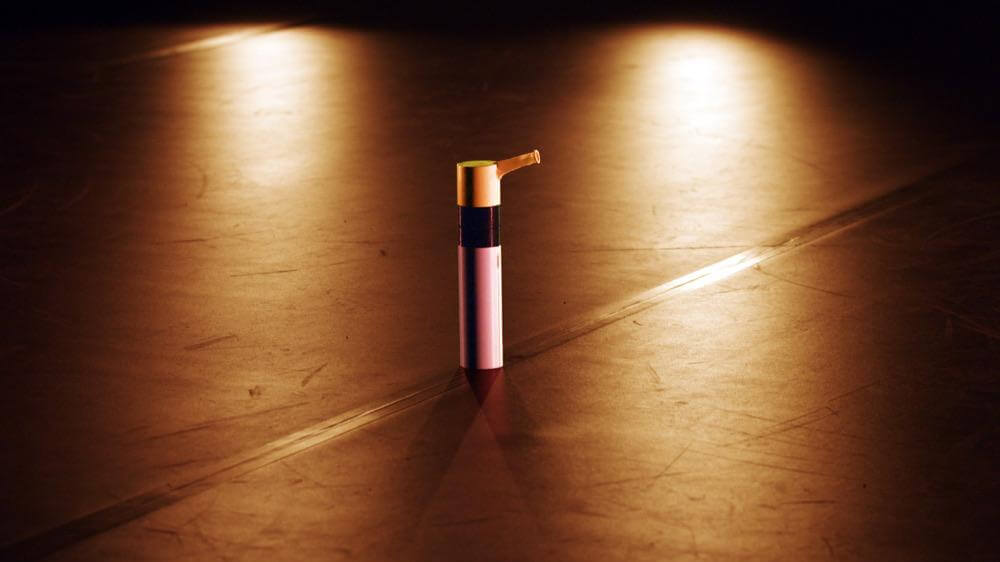 Blowing into a tube—we’ve all done this as kids. However, to make it really interesting, musically speaking, you have to find the right material and the techniques to coax the most out of it. The Tu-Yo is the first tubular instrument that Jean-François Laporte designed. Its name is a play on the French word “tuyau” (tube, pipe) and the Spanish personal pronouns for “you” and “me.”

The Tu-Yo is a pipe capped at one end with a previously split latex balloon. This membrane adds resonance and articulation to the instrument. The performer blows into the mouthpiece of the balloon, which acts as a double reed. The root note produced depends on the length and diameter of the pipe. One can pull on the mouthpiece to “lengthen” and “shorten” the total length of the instrument, or even compress the neck of the mouthpiece with a finger to make the air “scream” and set the latex beating.

The Tu-Yo essentially produces a low drone, very pure at low volume, going up to a shrill, tortured palette when the membrane is forced to vibrate audibly. To play the Tu-Yo “naturally,” one must have mastered the art of circular breathing, where one inhales while exhaling in order to blow air non-stop. You can’t do that? Well, there’s another option: connecting an air compressor to the mouthpiece. This mechanical approach also makes it possible to reach a volume level and produce acoustic phenomena inaccessible by the sole power of the lungs. This type of playing is used in the compositions “Rust” by the duo RUST (J.-F. Laporte and Benjamin Thigpen) and “Inner Island” by the duo Inner Island (Laporte and Virgile Abela). Let us also point out “Vagus,” a composition by Laurie Radford for Tu-Yo and multi-channel tape; “At the Discretion of River” by Samuel Béland, for Tu-Yo and live electronics; and “Ksana”* by Benjamin Thigpen, for two Tu-Yos and computer.

In sound installation, the tensions on the mouthpiece and its neck are entrusted to computer-controlled motors, as is the activation of a self-locking fastener (of the “tie wrap” variety) whose head will bounce on the membrane. This use of the Tu-Yo is featured in “Khôra” and “Psukhô,” two visual and sound installations by Laporte.

The Tu-Yo perfectly embodies the artistic approach of Jean-François Laporte: start from a simple principle, then search for optimal materials and playing techniques to draw the most possibilities from it.