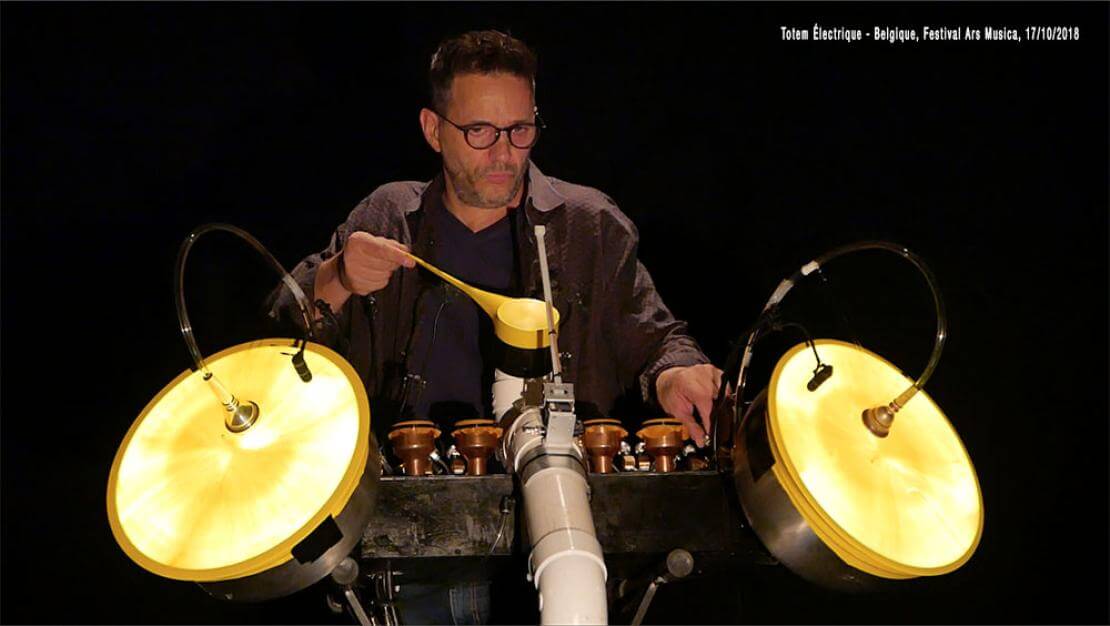 From marrow to sound 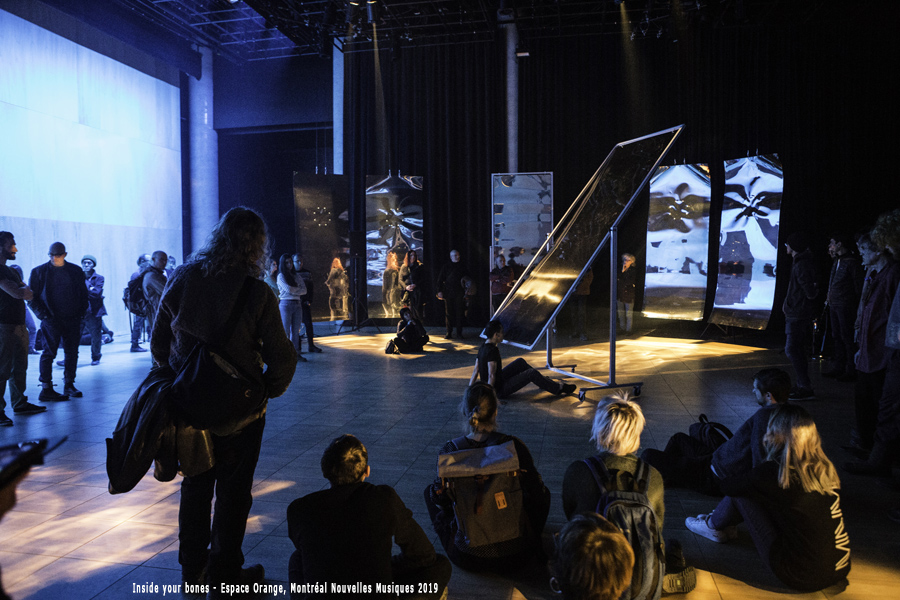 Arising from a lengthy collaboration with the Ars Nova ensemble and dancer Benjamin Bertrand, Inside your Bones was premiered on February 27th as part of the Montréal Nouvelles Musiques festival, hosted by Société de Musique Contemporaine du Québec. During that unique event, the artists gave two performances of this multidisciplinary work. Both composing space and exploring sound, the hour-long performance places the audience at its center, allowing any motion. From this interaction between musicians, dancer and public springs an oeuvrewhich can only renew itself every time it is performed. In that respect, they key to the creative process behind Inside your Bones is listening! 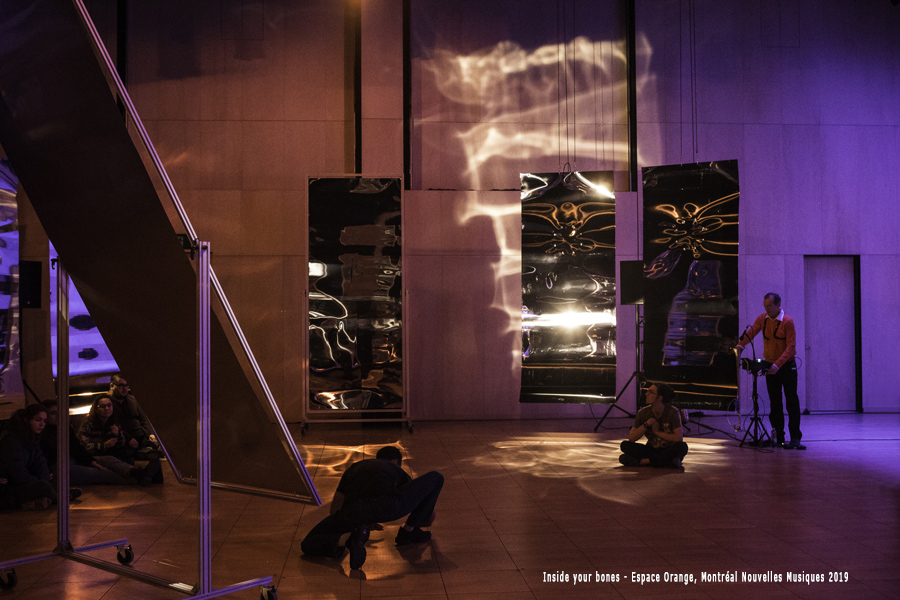 Having been conceptualised in France, it is only natural that Inside your Bones be presented there as well. Its European premiere was held in Théâtre Auditorium à Poitiers on April 8th and 9th, totaling three acclaimed performances. These events inaugurated a tour rich with diversity, showcasing various unique projects by Productions Totem Contemporain. 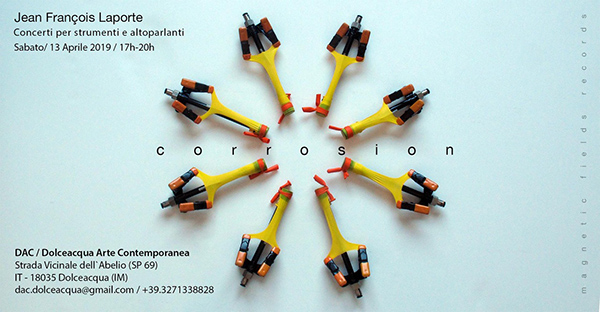 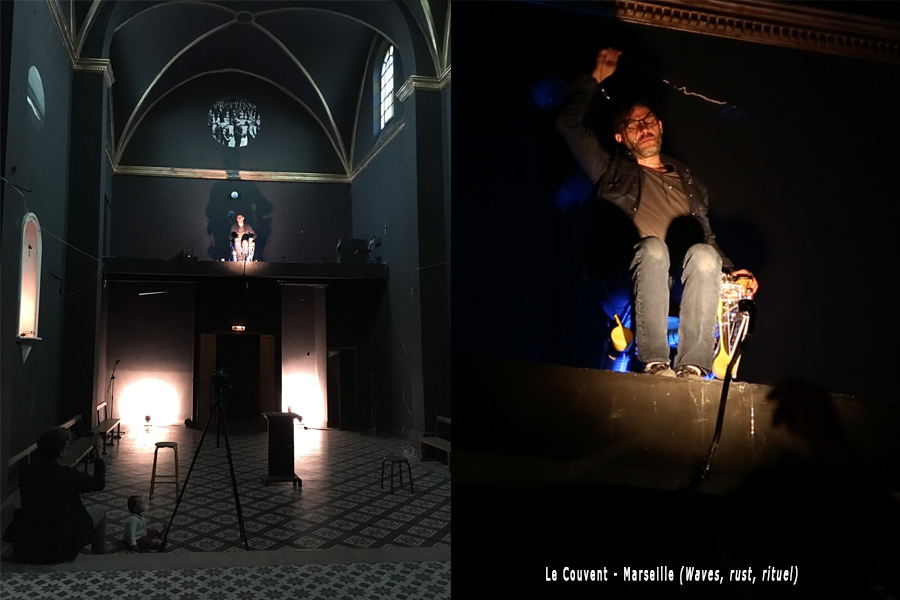 After a few days spent in Monaco giving workshops followed by a closing concert, Jean-François Laporte performed on April 21st in Marseille as part of an unconventional event. Taking place in the ancient chapel of the Communauté des Religieuses Victimes du Sacré-Cœur convent, the concert served as a collective meditation on a soundscape made of Tu-Yo and vibrating membranes sounds. This 60-minute work was followed by 3 electroacoustic pieces spatialized in the outdoors as well as the classic Totem piece for FlyingCan Rituel. 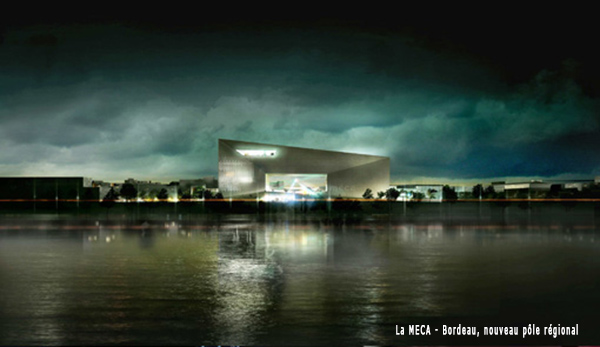 Freshly arrived in Montreal, Jean-François Laporte and the team at Productions Totem Contemporain are teaming up with Groupe Le Vivier and Ars Nova ensemble to present a new edition of the Totem Électrique series, where new works are created by various composers for our instruments. Being part of the ongoing Belgium Series hosted by Groupe Le Vivier, this event will feature Styx and Fracture, new creations by Jean-Baptiste Zellal and Rafael Munoz Gomez. Also featured are Micro_mouvement by Nicolas Bernier, Drowning by Carlo Barbagallo as well as rust by Jean-François Laporte and Benjamin Thigpen. The concert will take place at the Gèsu amphitheatre on may 10th. 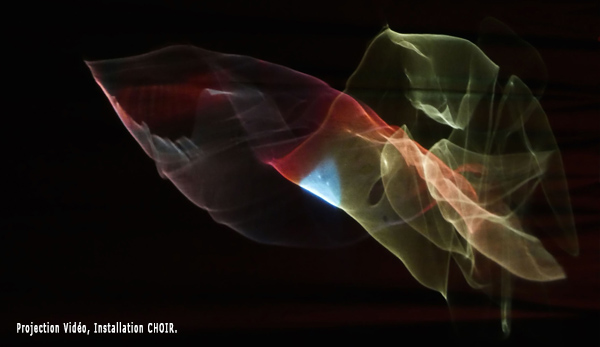 Then, the team at Totem Productions Contemporain will spend the summer developing its most recent projects, including the audiovisual installation Choir scheduled for the 2019-2020 artistic season. Moreover, Jean-François Laporte and the Ars Nova ensemble will develop a new 60-minute piece for quartet and a vibrating plates installation. The work will be premiered at the opening event of La MECA in Bordeaux on September 14th 2019. Meanwhile, Productions Totem Contemporain would like to wish you a nice summer. We hope to see you in fall when new projects are ready to be unveiled.

Finally, let us highlight the arrival of Louis Allard, who has been taking administrative coordinaton duties since march 2019. We are pleased to welcome him aboard and are confident that he will brilliantly continue the remarkable work accomplished by Marie-Christine Parent, whom we salute and thank for her many years of loyal services at Productions Totem Contemporain.