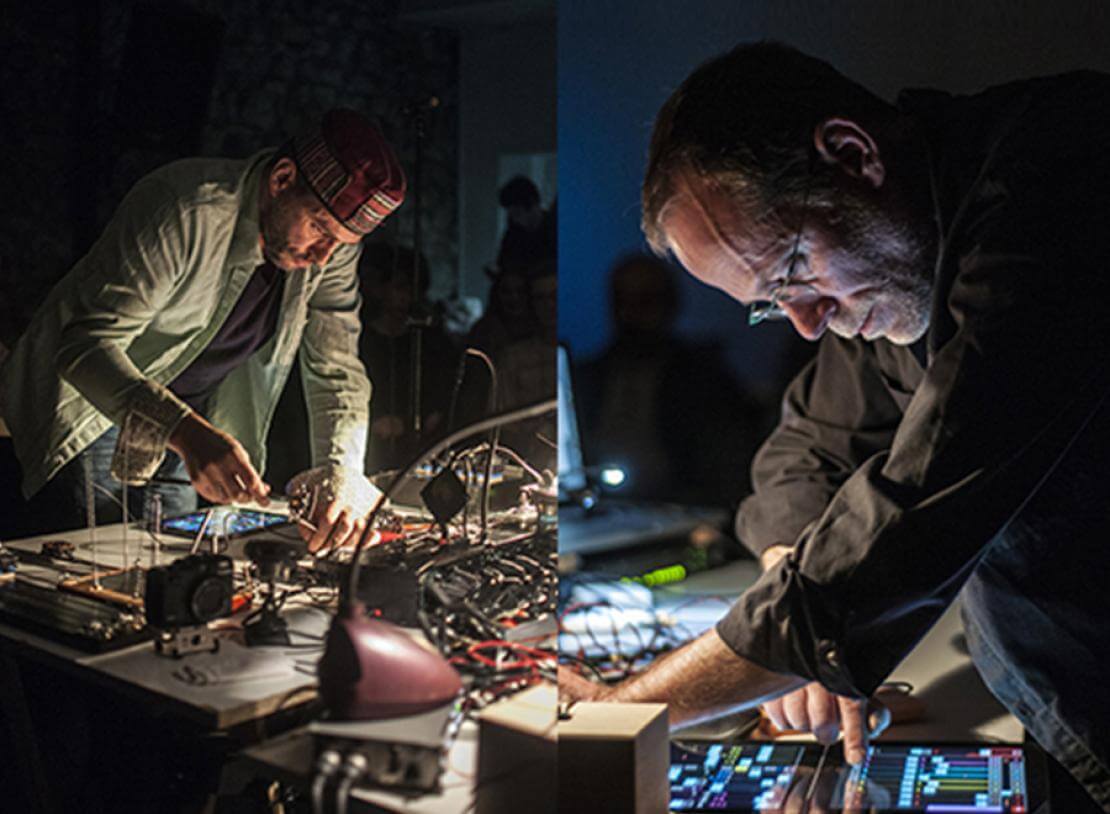 Big news this fall, Productions Totem Contemporain publishes our first newsletter! So spread the word and subscribe to our newsletter by confirming your consent replying to this message.

It’s been a year now since we moved in new workspaces. Still lots of work to do but at least we can create! Upcoming year will lead to new shows, tours, a new young audience show (Yes Babaloune the whale is back!) and a new web site.

RUST duet will be performing on November 18 at Hexagram-Concordia. Concert will be streamed live, so keep an eye on our Facebook page to have the link. Wondering how it sounds? Have a listen right here.

Our Italy and France tour is going on right now until October 22nd. Jean-François is performing solo, with his Inner Island duo and with LBB trio. Keep an eye on our Facebook event to see it all.

Second tour will bring us to Rimouski, le Bic and Matane in November as Tour de Bras guests. http://tourdebras.com/carte-blanche-a-jean-francois-laporte-paradis/

JF and friends are working on two new CD releases. A Jean-François’s solo works (thanks to Canada Council for the Arts) and the very first release of RUST duet coming up next spring. Until then you can get your hands on our two first Totem électrique releases available at electrocd.com.

Ida Toninato and collaborators are working on the new Babaloune young audience show, to be presented next May.

To stay in touch and keep on receiving our news, you have to send us your consent by replying to this mes- sage saying Yes I want to receive your newsletters.