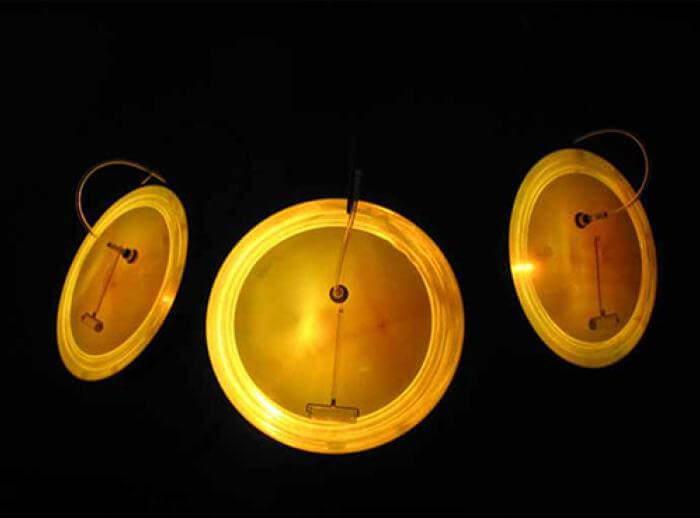 Scattered across the site, the vibrations of twelve or so invented instruments bathe the public in their movements. Tu-Yo and Bol, both born of an extremely simple assemblage of basic materials, bring the art of sounds back to its origins, freed of the weight of traditional instruments and of the music associated with them. Unaltered sounds of surprising depth, without amplification nor processing, of a “hyper-real” character that borders on the unreal. No speaker nor microphone are hidden behind the vibrating membrane of the instruments.

Through the true unfurling of a sheet of sound from which all rhythm is suppressed, in the form of a flow, a stasis, then an imperceptible vanishing, this sound installation pays tribute to the space-time dimension in all its fluidity. Music of mass and of movements, it has for motif the fluctuating evolution of similar timbres organizing themselves by accumulation and proliferation, fostering the birth of an extremely organic sound universe. Polyphony becomes one global harmony, a total timbre, and behind its quasi-static whole hide extremely lively units.

The location, with its acoustical contribution, becomes a parameter in itself that can’t be dissociated from the musical manifestation. A parameter that is essential but not constraining: the listener is free to move, free to trace their own path among the multitude of sound generators, lingering at chosen spots, creating their own perceptual universe from what is being offered.

This version of Khôra was premiered and filmed on 25 August 2002 at the Darling Foundery, Montréal (Québec).

This version of Khôra was filmed on 1-2 April 2006 at the Itinéraire de nuit Festival in Paris, France. 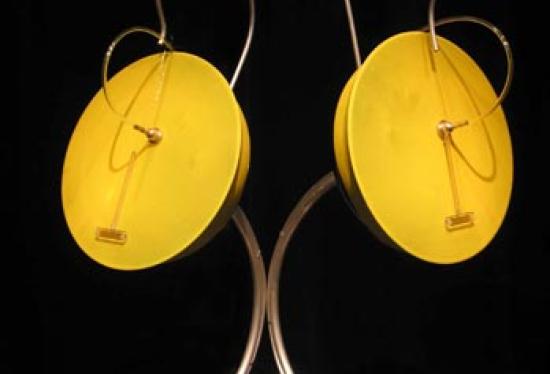 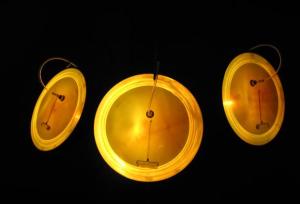 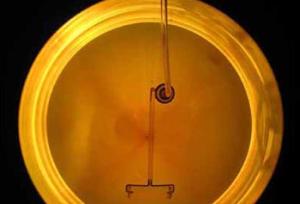 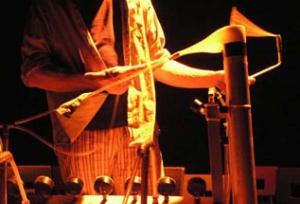 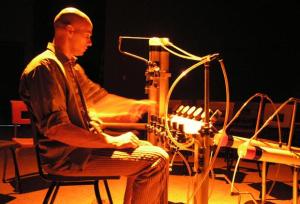 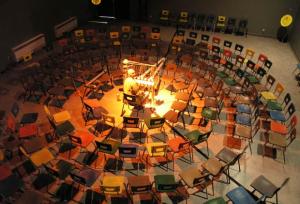 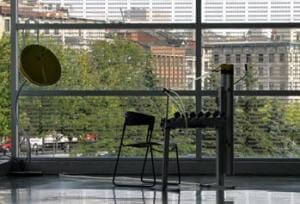 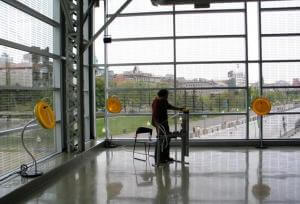 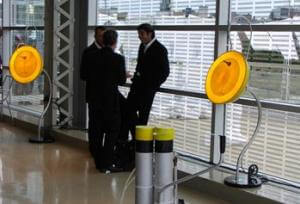 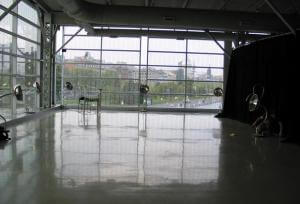 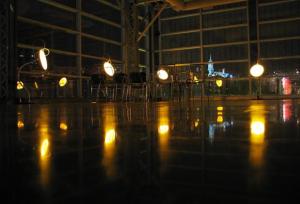 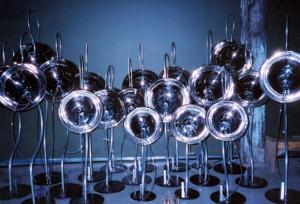 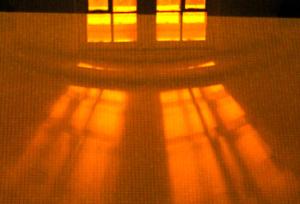 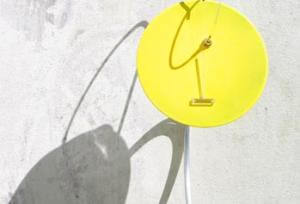 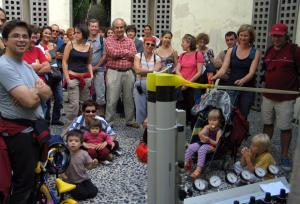 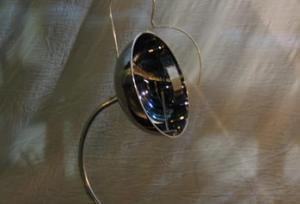 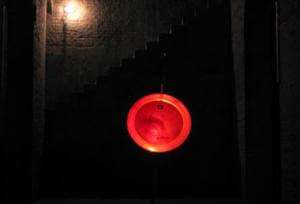 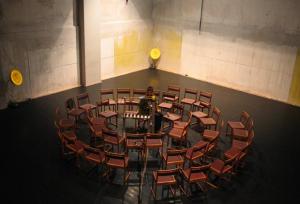 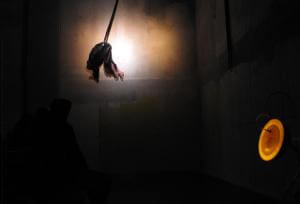 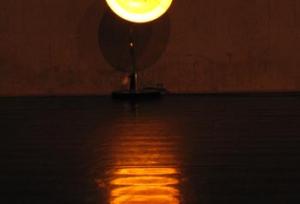 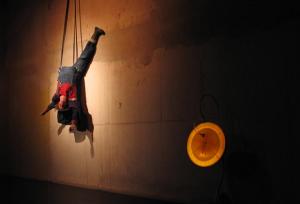 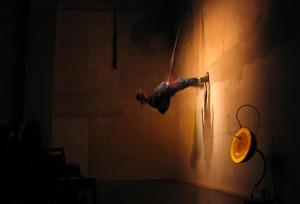