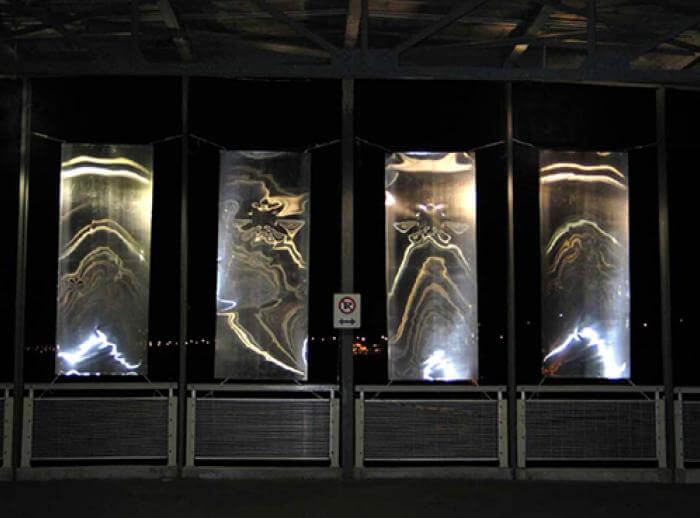 Seaquakes is an outdoor sound installation meant to be presented near bodies of water and other locations exposed to strong winds. It consists of six large suspended metal sheets (1.50 x 3 m) that are brought to life by an audio signal sent through them and vibrating sympathetically with the wind.

Loudspeakers, mounted directly on each metal sheet, send pure sine waves through them. They are controlled by a computer system (Max/MSP), up to the sheets’ saturation point. Sound vibrations then start to take shape: the loudspeaker, like the bow on a violin, puts the metal sheets in vibration in a way that creates a soundscape, but an extremely static one because of the sinusoidal nature of the sounds used. Then the ambient wind comes into play: by also putting in vibration the metal sheets already excited by the sine waves, it colours and enriches the initial soundscape by modulating it with its force, giving the whole installation a genuine organic dimension, which is also appealing to the eye as it creates patterns of light that move in sync with the sound.

Premiered in September 2004 in Montreal’s Vieux-Port (during the “Escales improbables” festival), Seaquakes aimed at putting some emphasis on the power of the wind, which has control over the modulation of the soundscape, and also on the beauty of the urban location. With the St. Lawrence River as a backdrop on one side and Montreal’s downtown on the other, this sound installation placed the audience in an unusual situation that offered them the chance to also contemplate the audio-visual landscape of their own city.

This version of Seaquakes was premiered and filmed at the Escales Improbables Festival in Montréal (Québec) on 17 September 2004. 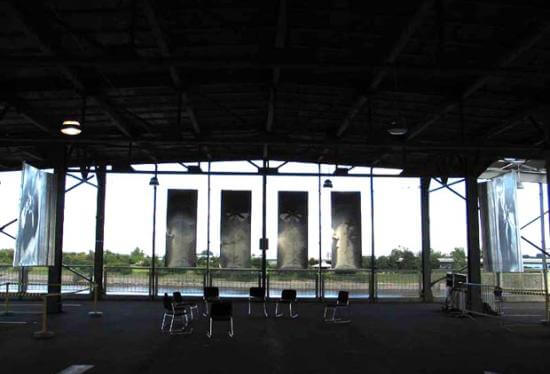 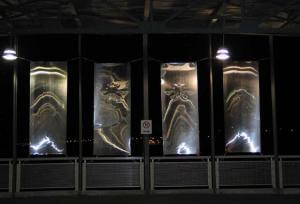 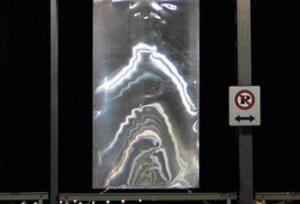 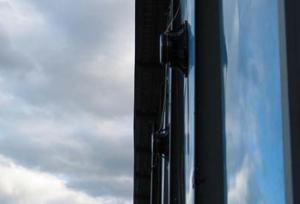 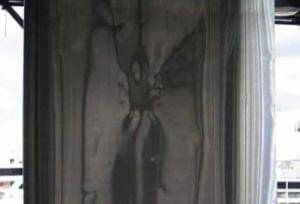 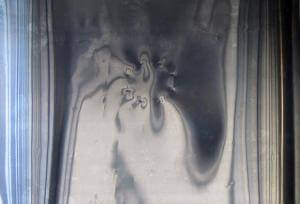 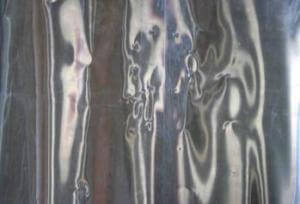 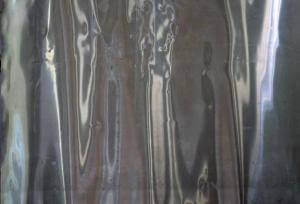 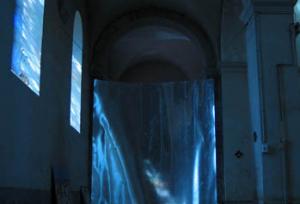 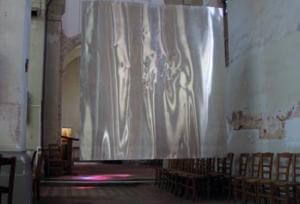 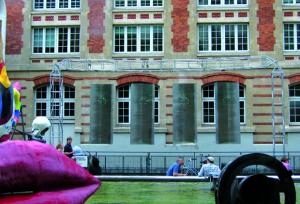 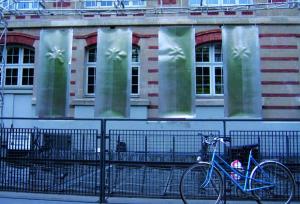 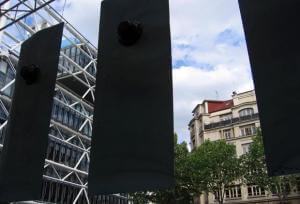