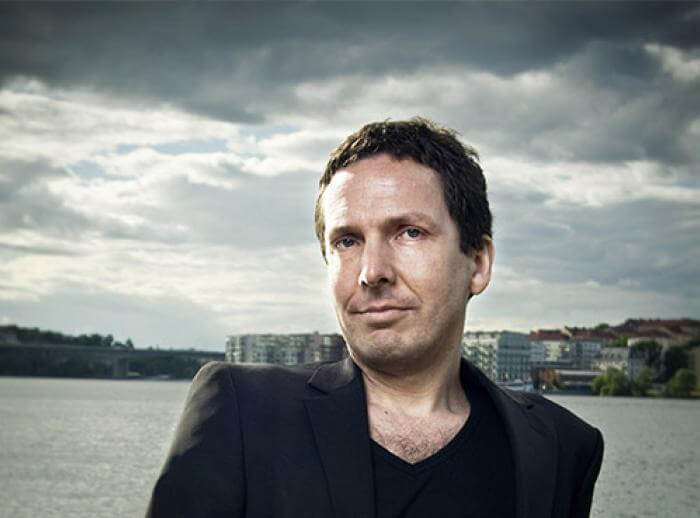 Jesper Nordin (born in 1971 in Stockholm) is a leading Swedish composer.

He is one who has garnered considerable international acclaim in recent years. Since 2008 he has had his works published by Edition Peters. His orchestral pieces have been played by such orchestras as the BBC Scottish Symphony Orchestra, Sinfonieorchester Basel and the Swedish and Finnish radio orchestras, and he is included in the repertoires of several of the world’s foremost contemporary music ensembles, amongst them ASKO- ensemblen, Ensemble Itineraire, Ensemble Orchestral Contemporain and The San Francisco Contemporary Music Players. He was composer-in-residence for Swedish Radio’s serious music station (P2) between 2004 and 2006.

His music has been performed at numerous festivals, including ISCM, Gaudeamus, Musiques en Scène, Ultima, Stockholm New Music, Tokyo Summer Music Festival and Archipel. In 2010 he received the Grand Christ Johnson Prize for being “a sound magician, who explores and expands the acoustic space with originality and an uncompromising curiosity” (Royal Swedish Academy of Music). He has also been awarded the Lesser Christ Johnson Prize and received a recommendation at UNESCO’s Rostrum. His calm like a bomb has won multiple awards in composition competi- tions around Europe and the USA.

Nordin studied at the Royal College of Music in Stockholm for Pär Lindgren, Bent Sørensen and William Brunson, before taking further stu- dies at IRCAM for Philippe Leroux and others. He subsequently was invi- ted to be a Visiting Scholar at Stanford University, where he studied with Brian Ferneyhough and worked in the CCRMA studio.